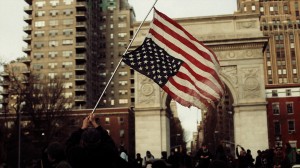 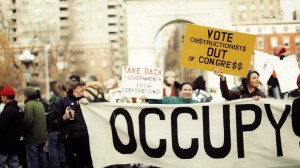 The Occuponics continue to write and perform “on the spot,” improvisational Occupy Wall Street music and the group did its thing at The Peoples’ Stage (AKA The People Staged) and, earlier, before the valorous Daniel had gotten the People’s Stage banners up, with the splendid drum circle featured in this video, featuring Brendan Rooster Hunt, Saeed RB, John Eustor, and other members of the famous “Pulse” percussion cooperative, which gave OWS its heartbeat in late 2011. 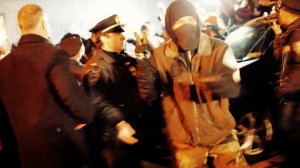 We salute the OWS Drum Circle (AKA “Pulse”): these are valiant soldiers of rhythm who have given so much to Occupy Wall Street and have paid a price (three drummers were arrested on Saturday at Zuccotti Park (AKA Liberty Square). We hope these artists are released from jail soon. They were playing quietly and meant no harm to anybody. 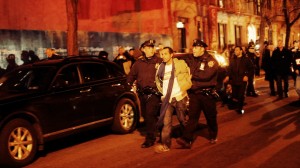 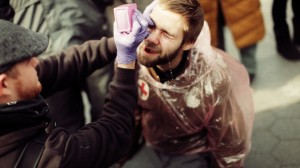 Close to 300 Occupy Wall Street protesters marched through the streets of Manhattan Sunday night in a show of support for anti-Wall Street demonstrators in Oakland, Calif., more than 400 of whom were arrested during weekend clashes with police.
The protesters gathered at Washington Square Park before taking to the streets, closely tracked by NYPD officers. There were scattered arrests as police…
text source:
http://www.newsday.com/news/new-york/occupy-wall-street-protesters-march-in-nyc-1.3488503