Warsaw, Poland, 11.11.2012
Riot police used tear gas and truncheons to disperse far-right activists in Warsaw as Poland marked its Independence Day. Two officers were reportedly injured in the clashes.
Violence broke out as police attempted to disperse crowds of nationalist protesters in an attempt to prevent a confrontation with anti-fascist groups during Poland’s National Day march in the country’s capital.
Right-wing extremists pelted officers with firecrackers and rocks as they tried to breach police cordons and reach a gathering of anti-fascist activists.
Two officers were reportedly injured, and several rioters were detained.

Thousands of officers were deployed to the streets of Warsaw earlier in the day to prevent the rival groups from confronting each other. Polish nationalists and radical left-wing groups often use National Day as a pretext to fight each other.
Right-wingers advocate a religious and Slav-dominated Poland, conservative and immune to foreign influence. Leftist groups espouse various different anarchist and socialist ideologies, but are united by an opposition to white nationalism. 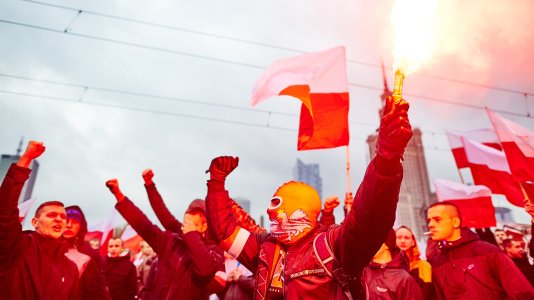 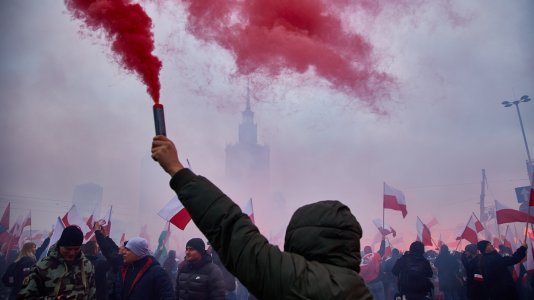 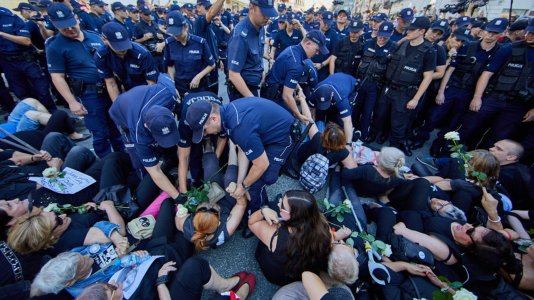 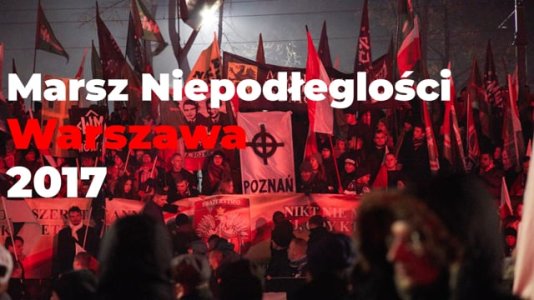