Project “The Walls of Sports 2012” in Ostrovany

Posted by Admin DocuFilm on 4/22/13 • Categorized as Roma people,Slovakia,Walls of Sports project 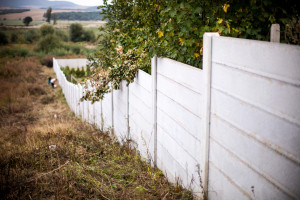 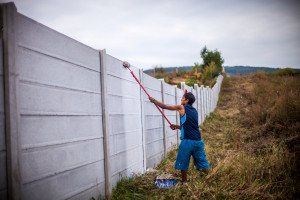 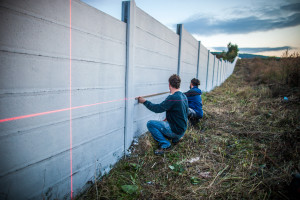 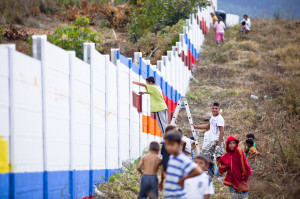 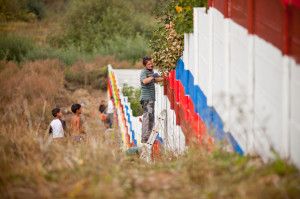 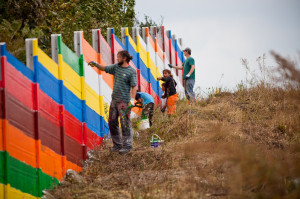 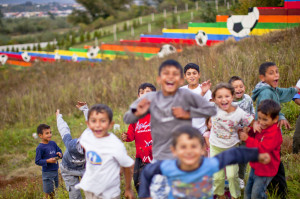 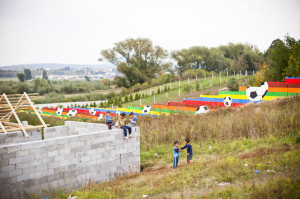 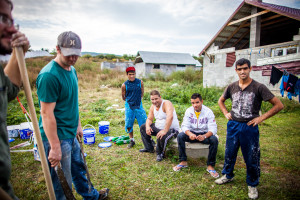 16.09.2012 Ostrovany, Slovakia
In the beginning of the summer 2012, Tomáš Rafa got an official permition for painting the walls in three towns and villages in eastern Slovakia. The first one was a protective wall in Sečovce, the second one was segregation wall in Ostrovany, and the last one was a housing unit in the city district of Michalovce – Angy mlyn. The concept of the project “Sport walls 2012″ is connected to the wider project concerning new nationalism in Slovakia and abroad, to which autor is dedicated for several years. Motive was quite clear: to point out the segregation of one part of the Slovak population and to stress that problems with adaptation of citizens in Slovakia need much more attention and cannot be solved with building a wall, whether we call it sport one or not.

About projects in Sečovce and in Michalovce we were already writing. Tomáš Rafa has visited the settlement in Ostrovany already in a year 2010, after a tragedy in Devínska Nová Ves, when on the wall appeared word “Sorry”. After two years, conditions in settlement has changed and this contributed to the integration of the Roma population. Residents of Ostrovany are currently receiving financial subsidies from Building savings, which helps them to change wooden shacks which they lived in till now, for brick bulidings. The difference between Michalovce and Sečovce on one side and between Ostrovany on the other, was in the approach of their inhabitants.

That time the team was consisting, beside author of the project, of Tomáš Rafa who comes from Žilina and artists Marek Halász from Bratislava and Igor Babiak from civil association “Periférne centrá” – “Peripheral centers” in Dubravica. Their subject of interest became a construction, in public also known as “fence”, which separates private properties of inhabitants of Ostrovany from Roma settlement. It is 110 metres long and 2 – 3 metres high. By the words of the mayor, Cyril Revák, construction was build to defend the agricultural products from the theft of inhabitants of neighboring settlement.

In Ostrovany the atmosphere was not so friendly as in Sečovce. Inhabitants of the village did not have any interest to work for free. After some time a few of them came to the place of the event and they wanted to help with work if they would be payed and if they would get cigarettes in return. Although artists agreed on their terms, on the next day only one of them came. At night they were lining the guiding lines with laser water vague by themselves, so the next day they could start with painting the coloured rainbow stripes. It was very positive, that the children were interested in work with colour, even they knew they are working voluntarily and for free. After unfriendly reaction of their parents, that wanted to get money for their work, children had to stop with painting. However, children came back to apologize about their parents behaviour. Despite of the progress of socialization there is still lacking a common interest and motivation to improve the space in which they live.
text source: http://www.stanica.sk/2012/10/08/este-jeden-sportovy-mur/?lang=en

More in 'Walls of Sports project'