Anti-government EuroMaidan demonstrations began in Ukraine on Nov. 21, triggered by President Viktor Yanukovych’s decision to abandon closer ties with the European Union in favor of Russia, which in December offered him a $15 billion bailout and 33 percent discount on imported natural gas. The demonstrations turned deadly on Jan. 22, when at least three protesters were killed by gunshot during a police assault on the crowd. More than 300 suffered injuries. The tense standoff remains on Hrushevskoho Street near Dynamo Stadium and the protests have spread throughout the nation.
text source

Months of protest in Ukraine — which started in opposition to President Viktor Yanukovych’s move to increase ties to Russia, but flared up recently in reaction to new strict anti-protest laws — have resulted in the resignation of Prime Minister Mykola Azarov, the dismissal of his cabinet, and the repeal of most of the recent anti-protest legislation. Demonstrations spread throughout the country over the past few days, with the most intense in central Kiev, where days of pitched battles, fires, and destruction have left parts of the city in blackened ruin. This morning Kiev was peaceful once more, as all parties met to work their way out of the crisis. Gathered here are scenes from the streets of Ukraine over the past few days. 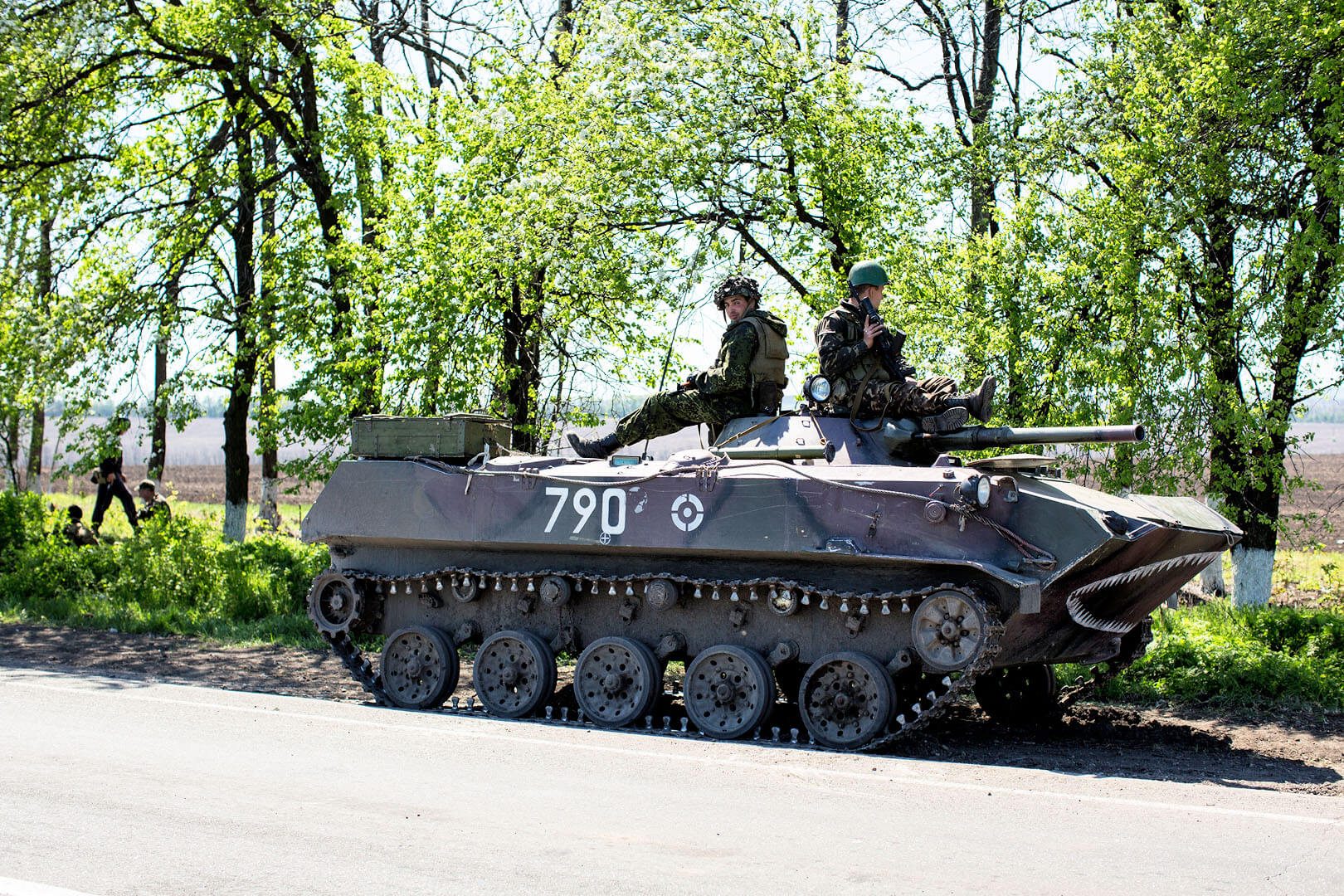 V64: At the heart of the war for East Ukraine. Battle of Slovyansk

Up to five pro-Russian gunmen have been killed near the eastern Ukrainian city of Slovyansk according to the Ukrainian Interior Ministry after the Ukrainian army moved...