Posted by Admin DocuFilm on 5/22/11 • Categorized as Roma people,Slovakia 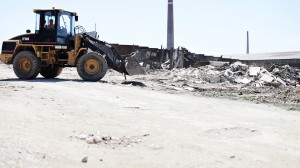 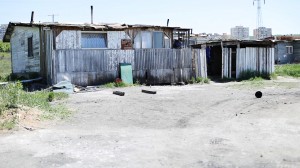 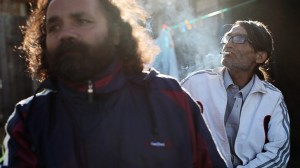 KOŠICE, ŤAHANOVCE, DEMETER (Slovakia). Destruction of Roma people`s slums on the east of Slovakia in Demeter near city of Kosice .
The illegal tenants in Košice on the east of Slovakia.
Dozens of people dependent on social welfare have illegally erected lean-tos and shanties on other people’s privately owned land there. The constructions now comprise a small settlement. The owners of the land have started to fight back and a court will now decide whether to remove the “tenants” from the land.
The landowners have empowered the leadership of the municipality to represent them until the illegal tenants move away from Demeter.

On 16th May 2011 the city of Kosice destroyed illegally built shacks in the area near the village of Demeter Ťahanovce. As a spokeswoman Martina Viktorínová Košice municipality, shacks were in a terrible, life and health threatening condition. Lived there about 78 people. Huts were built from different waste materials.