Posted by Admin DocuFilm on 7/14/11 • Categorized as Poland,Queer-LGBT 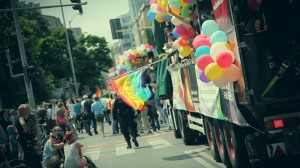 WARSAW (Poland). Equality Parade 2011 – there will be a 10th Edition of the Event on streets in Warsaw with attendance of groups, for which the main goal is promotion of equality, freedom and tolerance.
How does this year’s Parade differ from previous events? The difference relies not only on different members of the Organizational Committee but also on unique openness and inclusiveness.
Everyone, for whom the idea of equality, freedom and tolerance is close, may participate in the Parade. The logo and catchword of the Parade are chosen from lots of suggestions sent by Internauts. For the winner of the best logo and catchword, a cash prize is envisaged. 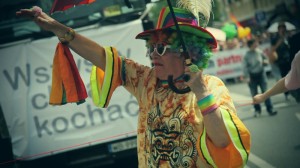 This years’ Parade is the first one that is not organized by the Equality Foundation, but by the informal Organizational Committee. In 2010, Szymon Niemiec, as an author and originator of the phrase “Parada Równości”, submitted an application for registration of the phrase “Equality Parade” in the Polish Patent Office. Logistical support of the Equality Parade 2011 is provided by GEPON Company. A great open air party is planned at the end of this years’s Event, that will last until late at night… (text source) 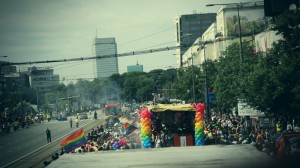 For the first time, the Equality Parade took place in 2001. The initiator of the event was Szymon Niemiec. In 2004 and 2005, the Equality Parade organization was prohibited by Lech Kaczyński, the President of Warsaw of that time. In 2004, an alternative mass meeting of freedom took place in front of the city hall and in 2005 the Parade passed down the streets of the city in spite of illegal ban. In 2010, the Equality Parade joined to European parade called Europride. That was a procession of members of LGBT community, and their goals were conveyed by three principal slogans: equality, freedom, tolerance.
More information about the Event is available on the website: www.paradarownosci.eu. 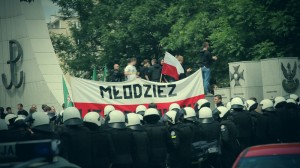 The Organizational Committee constitutes a democratic, rank-and-file initiative of the people who want to help in arranging of the Equality Parade 2011. The Committee has neither hierarchy nor leadership – all decisions are undertaken prior debate and after democratic voting. Everyone who wants to take part in organization of the Parade, may be included in the Organizational Committee. Currently, the Committee consists of few dozen of people. Most of them are representatives of several associations, political parties, foundations, clubs and other entities. 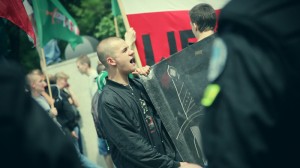