Posted by Admin DocuFilm on 1/06/12 • Categorized as Switzerland 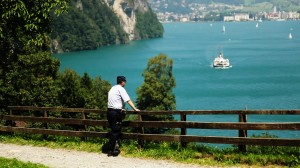 Rütli (Switzerland), 1.8.2011. August 1st is to the Swiss what July 4th is to Americans, or July 14th to the French. Swiss national day is only just over a century old, and it was only in 1993 that the hardworking Swiss agreed that they could all take the day off, but the event it commemorates took place 700 years ago, and at the heart of the celebrations is a custom which doubtless goes back into the mists of time. 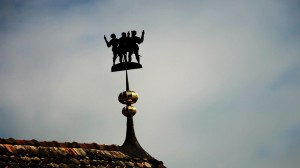 The day was chosen because August 1st 1291 was the date on which three Alpine cantons swore the oath of confederation, an act which later came to be regarded as the foundation of Switzerland. The representatives of Schwyz, Unterwalden and Uri met on the Rütli field, high above Lake Lucerne, to swear a bond of brotherhood, and agree to act jointly if their freedoms were threatened by outside aggressors. 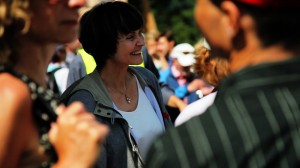 So it’s not surprising that the official part of the August 1st celebrations take place on the Rütli even today, with a public gathering addressed by the Federal president. Indeed, it’s a day for speeches, with politicians at all levels, from Federal councillors to the heads of communes, addressing meetings all over Switzerland.
text source: http://www.swissworld.org/en/culture/seasonal_customs/national_day/