21.07.2019 A Polish city celebrated its first-ever LGBTQ equality march on Saturday, but it struck a starkly different tone to the joyous and hedonistic affairs associated with pride parades.

Ringed by riot police, around 1,000 pride marchers walked defiantly through the streets of the northeastern city of Bialystok as thousands of nationalist football “ultra” fans, far-right groups and others threw flash bombs, rocks and glass bottles.

As counter-protesters yelled “God, honor and motherland” and “Bialystok free of perverts,” the pride marchers chanted “Poland free of fascists” in return. Police said about 4,000 people were involved in demonstrations against the march.

Bags of flour and other objects were thrown out of Communist-era housing blocks at the pride marchers, who were moving along a 3-kilometer route through the city center.
According to Bialystok’s police spokesman, Tomasz Krupa, the violence led to the detention of 20 people, four of whom were suspected of committing crimes, including the use of threats and insults against officers. 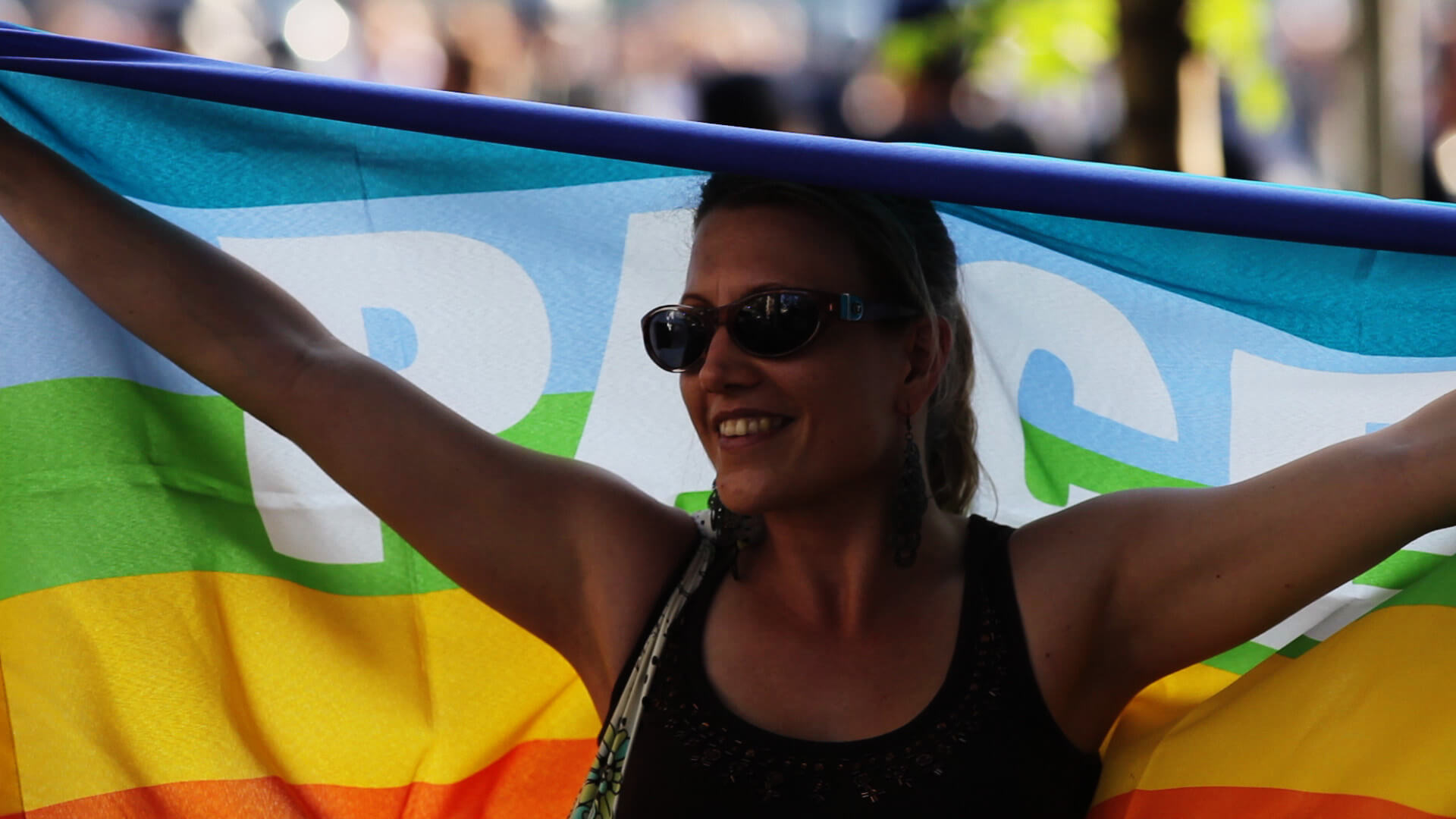